This year was my family’s third year visiting Awesome Con, DC’s version of Comic Con, and it keeps getting bigger and better.

When entering Awesome Con, or even if you are few blocks away, you can’t help but notice the multitude of impressive costumes people are wearing .  There are favorites from comic books, like Batman, as well as characters from video games, movies, princesses, and more obscure characters I had a hard time placing.  There are many favorites from Star Wars as well, including replicas of BB-8 and R2-D2.  Nearly everyone is willing to pose for a photo if you ask! 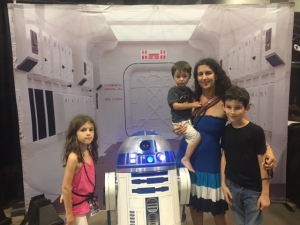 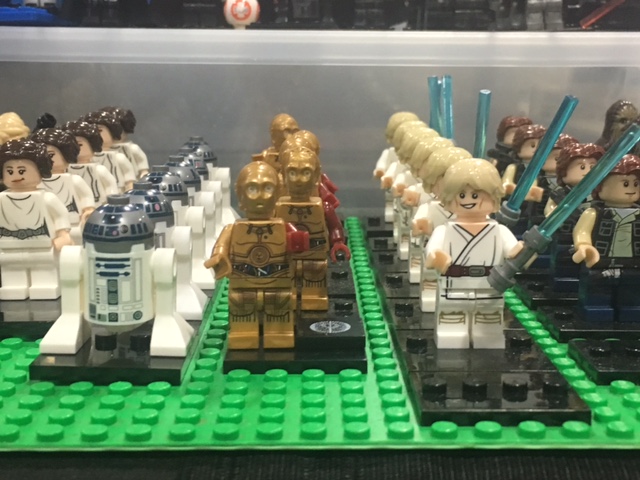 This year’s Awesome Con has plenty of kid-friendly activities – and new this year is Awesome Con Jr.  There is an entire section devoted to activities for teaching scientific concepts to kids.  My children really enjoyed learning about the upcoming solar eclipse and scoring a pair of eclipse-friendly glasses and playing with small robots.  The Smithsonian and NASA have booths with kid-friendly exhibits as do many other organizations.  There is also an Awesome Con Jr. section with other family-friendly events including a PAW Patrol photo op and life-size version of Toothless the Dragon from How to Train Your Dragon. Other kid-friendly events include lessons from comic artists on things like How to Draw a Better Batcave and how to draw Lego versions of favorite characters.   The entire schedule for Awesome Con Jr. can be found online. 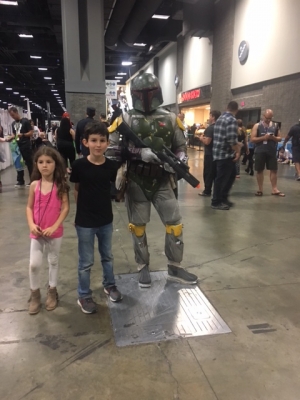 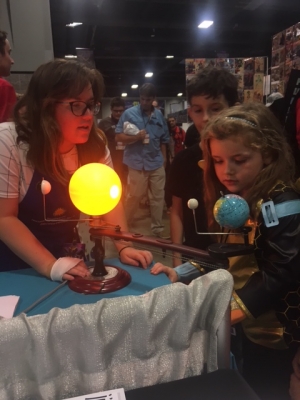 Other features include a large video game/arcade section and board game room.  There are also several panels discussing nearly every aspect of comic and pop culture but I didn’t think my kids (nine and six) would sit through a panel so we didn’t attend any this year.    The entire schedule can be found online.  For an extra fee, there are plenty of photo op/autograph opportunities available.  This year’s guests include stars from The Walking Dead, Doctor Who, and more.  Much of the exhibit space is dedicated to artists and others selling comics, costumes, collectibles, and more.  Even if you are not planning on making any purchases, you will see many interesting, fun, and unusual items (and people) walking around.  Click here to check out the complete list of events. 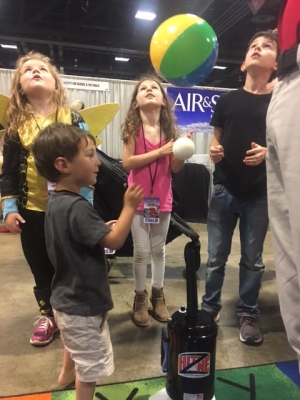 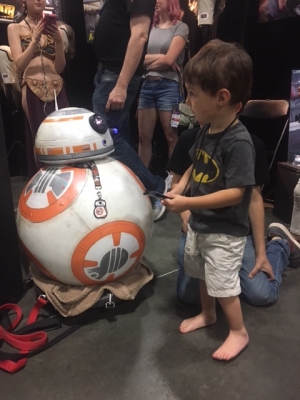 We spent about four hours walking around this year’s Awesome Con and could have stayed longer if we had more time.  We are already looking forward to next year’s event.