Beauty and the Beast is rightly known as “a tale as old as time” with powerful messages about beauty coming from within and the importance of being kind, generous and open-minded.

This version of Beauty and the Beast follows the Disney movie closely in a Broadway level production.

That alone would make the show worth the price of admission as a great family outing but this version takes the story to an entirely new level thanks to casting made with an eye towards inclusivity.

The Unique Cast that Makes The Show

Olney Theatre did not cast Belle as the typical fair-skinned waif normally associated with the character. Instead, Jade Jones who describes herself as a “queer, plus-sized Black woman,” brings a new level of spunk to role of Belle.

This casting was clearly intentional, and Olney embraced this unexpected casting by creating the hashtag #IAmBeauty for the show to underscore that all women should see themselves as beautiful.

More unexpected casting come in the form of the leading man. Actor and dancer Evan Ruggiero, who had a leg amputated at age 19 after a being diagnosed with cancer, plays the role of the Beast flawlessly.

He even incorporates his prosthetic into the play making it an asset rather than a hinderance.

What to Expect & Lessons Learned

The signing and choreography in Beauty and the Beast is beautiful as well. Gaston is perfectly cast as the self-absorbed hunk Gaston played by Michael Burrell.

Gaston is consistently hilarious as he admires his own looks and plans his wedding to Belle even though she has no interest in marrying him.

The unconventional casting in Beauty and the Beast enhances the show in unexpected ways. As the mother of a disabled child this show really demonstrated one of the central lessons I try to teach my children, which is that many disabled people are capable of almost anything if society gives them a chance and that disabled people belong everywhere.

Beauty and the Beast shows that even being an amputee does not mean you can’t dance in a Broadway-level production if a theatre is willing to give you a chance.

I also loved that they saw a plus-sized Black women being held up as the most beautiful woman on stage and being adored for her smarts, kindness, and moxie.

I brought my children ranging in age from six to fourteen with me to the play.  They all loved it, as did I! Beauty and the Beast also makes a great date night.

If you go, check out this Parent’s Guide with questions to ask before and after the show as well as activities to do during intermission. 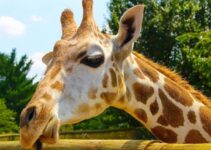 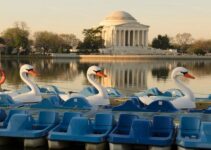 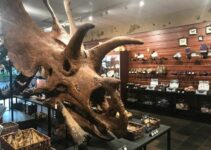