Baltimore is a major Maryland city with a long history as a major seaport. Fort McHenry, the birthplace of “The Star-Spangled Banner,” is located at the mouth of Baltimore’s Inner Harbor.

Today, this harbor area includes shops, upscale crab shacks, and attractions such as the Civil War-era warship USS Constellation and the National Aquarium, which houses thousands of marine creatures and maritime history.

Baltimore is a lovely city with a fascinating history and historical sites. One of the main reasons to visit Baltimore is the harbor. There are numerous great harbor attractions that you should not miss.

This is the state’s most popular tourist attraction. The aquarium contains over 2 million US gallons of water and over 17,000 specimens representing over 750 species.

The mission of the National Aquarium is to encourage conservation of the world’s aquatic treasures. The aquarium’s stated vision is to address critical issues confronting global aquatic habitats through innovative science, conservation, and educational programming.

The Upland Tropical RainForest, a multi-story Atlantic Coral Reef, an open ocean shark tank, and Australia: Wild Extremes, which won the Association of Zoos and Aquariums’ ‘Best Exhibit” award in 2008. A 4D Immersion Theater is also available at the aquarium.

The Maryland Science Center caters to visitors of all ages, from infants to adults. Explore the three floors of interactive exhibits designed to feed your imagination and invite you to have fun at the Inner Harbor.

The USS Constellation is a sloop-of-war and the United States Navy’s last sail-only warship. She was built in 1854 with a small amount of material salvaged from the dismantled frigate USS Constellation the year before. She is now a National Historic Landmark and is preserved as a museum ship in Baltimore, Maryland.

You can board here for a tour, to speak with a crew member, to participate in the Parrott rifle drill, or to see what’s cooking in the galley. In addition, the Constellation takes part in educational and overnight programs for people of all ages.

On the sloop-of-war, there are four decks to explore, each one distinct from the others. All sailing operations took place on the top deck, also known as the spar deck. The gun deck is directly beneath the spar deck and houses the ship’s main battery of guns, the Captain’s Cabin, and the Galley.

The berth deck is located beneath the gun deck and is where the majority of the crew lived and socialized. You’ll reach the ship’s hold after descending one more ladder, where food, water, and equipment for a crew of 325 is stored.

The American Visionary Art Museum is an art museum located at 800 Key Highway in Baltimore, Maryland’s Federal Hill neighborhood. The museum is dedicated to the preservation and exhibition of outsider art.

The city agreed to give the museum a plot of land on the Inner Harbor’s south shore in exchange for the museum’s organizers cleaning up residual pollution from a copper paint factory and a whiskey warehouse that once stood on the site.

The Main Building of the museum has three floors of exhibition space, and the campus also includes a Tall Sculpture Barn and Wildflower Garden, as well as large exhibition and event spaces in the Jim Rouse Visionary Center.

The Baltimore Water Taxi is the country’s first of its kind. They charge a flat rate for all-day, unlimited on-demand access to the harbor’s best attractions and neighborhoods.

It’s the most enjoyable activity you can have in non-international waters. It’s the difference between having a good time and having the best time of your life. It’s classic Baltimore.

Bird land is home to a major league Babe. Little Italy has some of the best restaurants in the city. Whether you’re new to town or looking for something different, Baltimore is (bar) crawling with things to do, so take advantage of their carefully curated experiences.

Baltimore, Maryland’s Oriole Park at Camden Yards is a baseball stadium. It is the home field of the Baltimore Orioles in Major League Baseball, and it was the first of the “retro” major league ballparks built in the 1990s and early 2000s. It was built to replace Memorial Stadium in 1992.

The Camden Yards Sports Complex is located in downtown Baltimore, a few blocks west of the Inner Harbor.

The former railroad hub is located 12 minutes by foot west of the city’s Inner Harbor and only two blocks from the birthplace of baseball’s most famous hero, George Herman “Babe” Ruth.

The Maryland Zoo in Baltimore is widely regarded as the country’s third oldest zoological park, having opened in 1876, sixteen years after the historic Park itself was purchased and opened to the public. Schaefer Plaza, Zoo Central, Maryland Wilderness, Northern Passage, and African Journey are the zoo’s five main areas.

The Zoo’s mission is to inspire and educate people to actively support and conserve wildlife and wild places.

The Zoo is dedicated to serving its communities by introducing people to the wonders of the living world through personal encounters that foster lifelong peaceful relationships with nature.

Listed as one of the top five children’s museums in the country. Port Discovery Children’s Museum is a non-profit organization located in Baltimore, Maryland’s Inner Harbor in the historic Fish Market building.

The Port Discovery Children’s Museum educates and inspires children to be curious for life. Their play-to-learn philosophy encourages children to discover and explore their surroundings, allowing them to live smarter, healthier, and more engaged lives.

Fell’s Point, one of Baltimore’s oldest neighborhoods, was once a bustling shipbuilding port and was home to jazz singer Billie Holiday and abolitionist Frederick Douglass.

Its appearance has largely remained unchanged since its inception—imagine Belgian block streets, waterfront restaurants, and cozy boutiques just a few blocks east of the Inner Harbor. Spend a day exploring historic Fell’s Point on your next trip to Baltimore. In this walkable neighborhood, there is so much to see, eat, do, and enjoy.

The Baltimore Visitor Center, located at 401 Light Street in the Inner Harbor, is a modern and welcoming, state-of-the-art space where you can learn everything you need to know about Baltimore. Professional staff and highly trained volunteers provide personalized visitor information, reservations, and ticketing services one-on-one.

More than 200 brochures, visitor guides, and maps are available at the Baltimore Visitor Center. Visitors can get information about attractions, museums, restaurants, lodging, and directions using interactive LED touchscreens.

The B&O Railroad Museum is a museum in Baltimore, Maryland that displays historic railroad equipment. The Baltimore and Ohio Railroad (B&O) company originally named the museum the Baltimore & Ohio Transportation Museum and opened it on July 4, 1953.

It has been called one of the world’s most significant collections of railroad treasures, and it houses the largest collection of 19th-century locomotives in the United States.  The museum is housed in the old Mount Clare Station and adjacent roundhouse of the Baltimore and Ohio Railroad, as well as 40 acres of the B&O’s sprawling Mount Clare Shops site, where the B&O began America’s first railroad in 1829 and is the oldest railroad manufacturing complex in the United States.

Little Italy’s real estate values have risen in recent years due to its proximity to desirable neighborhoods such as Fell’s Point, Upper Fells Point, and Harbor East. Another factor contributing to the neighborhood’s competitive real estate market is the lack of properties entering the market as a result of the long-standing neighborhood tradition of keeping houses within the family.

Every summer, the Little Italy neighborhood hosts an outdoor film festival, where films are projected onto a wall at the intersection of High and Stiles streets.

Federal Hill Park is a 10.3-acre park on the south shore of Baltimore’s Inner Harbor. The park is a signature Baltimore landmark and provides visitors with some of the most photographed views in the city, looking north to the downtown skyline of skyscrapers across the Inner Harbor (formerly known as “The Basin”) of the Northwest Branch of the Patapsco River / Baltimore Harbor.

The Baltimore Museum of Industry is a museum located in Baltimore, Maryland. The museum, housed in an old cannery, features exhibits on various types of manufacturing and industry from the early twentieth century. There are several interactive sections that include working equipment and other artifacts.

The Leinie Lodge & Beer Garden Baltimore embraces the north woods of Wisconsin’s bold spirit of pride, celebration, authenticity, and community. The beer, and now restaurant, showcase the finest ingredients and hospitality as a result of a sixth generation family culture.

Leinie Lodge & Beer Garden, located at the entrance to Power Plant Live!is housed in a glass pavilion with a retractable roof and glass garage doors that allow guests to freely flow to the beer garden, which includes lawn games and an outdoor fireplace.

They have become the meeting place for downtown Baltimore, serving over 30 specialty draught brews. Leinie Lodge & Beer Garden is the ideal place to celebrate, socialize, or simply relax while enjoying great food and beer.

Baltimore’s Favorite Meeting Spot Power Plant Live! is a collection of bars, restaurants, and other businesses in downtown Baltimore, Maryland’s Inner Harbor. The Cordish Companies created it, and it opened in stages in 2001, 2002, and 2003. Power Plant Live! is busy all year with over 150 annual events.

The Baltimore Museum of Art (BMA) is an art museum in Baltimore, Maryland, that was founded in 1914. The BMA’s collection of 95,000 objects  includes over 1,000 works by Henri Matisse, as well as the Cone Collection of modern art and one of the finest holdings of prints, drawings, and photographs in the country.

The Walters Art Museum is a public art museum in Mount Vernon-Belvedere, Baltimore, Maryland, that was founded and opened in 1934. It houses collections that date back to the mid-nineteenth century.

Major American art and sculpture collectors, a father and son, amassed the Museum’s collection substantially: William Thompson Walters (1819-1894), who began collecting when he moved to Paris as a nominal Southern/Confederate sympathizer at the outbreak of the American Civil War in 1861; and Henry Walters (1848-1931), who refined the collection and made arrangements for the construction of a later landmark building to rehouse it.

On the dome of the star theater, day turns to night as thousands of stars and planets appear overhead.

Each show lasts approximately 25-30 minutes and is subject to change without notice. For the most up-to-date show times, please check the schedule outside the planetarium on the day of your visit.

It serves as a co-cathedral for the Catholic Archdiocese of Baltimore, Maryland. It is also a parish church (ranked minor basilica) and a national shrine. It is regarded as the “Father of American Architecture” Benjamin Henry Latrobe’s masterpiece.

22.  Top of the world observation level

Top of the World is an excellent starting point for any visit to Baltimore, offering a breathtaking view of the city’s skyline, Inner Harbor, and beyond.

Historic Ships in Baltimore is a maritime museum in the Inner Harbor of Baltimore, Maryland, United States, formed by the merger of the USS Constellation Museum and the Baltimore Maritime Museum.

The collection of the museum includes four historic museum ships and one lighthouse.

Fort McHenry is a historical American coastal pentagonal bastion fort located on Locust Point in Baltimore, Maryland. It is best known for its role in the War of 1812, when on September 13-14, 1814, it successfully defended Baltimore Harbor from an attack by the British navy from the Chesapeake Bay.

The fort has become a popular recreational destination for Baltimore residents as well as a popular tourist destination. Every year, thousands of visitors come to see the “Birthplace of the Star-Spangled Banner.” It is easily accessible by water taxi from Baltimore’s popular Inner Harbor. 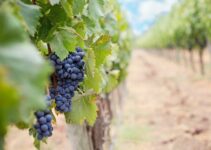 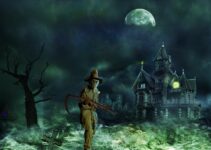