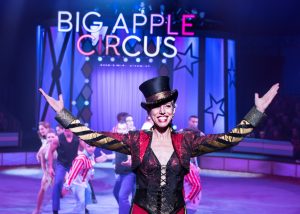 The Big Apple Circus has arrived to National Harbor and it’s a fun time for the whole family!

There are also some non-traditional circus acts like a freestanding ladder act and a glow-in-the-dark horizontal juggling act.

Many of the acts appeared to happen as if by magic as the performers defied gravity by jumping impossible heights on trampolines or keeping balls suspended in mid-air. The high acts were all mesmerizing from the dances that took place towards the sky and the trapeze artists performing triple somersaults in the air.

The talent in every act was amazing. Before the show clowns are available to meet-and-great and performers are available after the circus ends for photo ops. All of my kids, ages 12, 11, 8, and 4, really enjoyed every minute of the show! 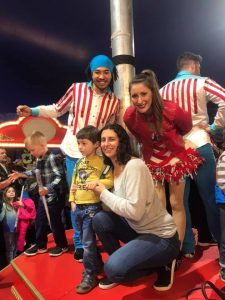 The circus should be a part of every child’s memories! The Big Apple Circus is a great way to spend an afternoon or an evening with your family.