With significant historic destinations such as Monticello, Jamestown, and Mount Vernon, Virginia attracts a large number of visitors each year who want to learn more about the Commonwealth’s history. In addition to these monumental landmarks, if you walk more than a few feet in any direction in Virginia, you’re almost certain to step foot on hallowed grounds of an American Revolution battlefield or a Civil War site.

But such a rich history has an unsettling side effect: a long list of allegedly haunted locations. Virginia has more than its fair share of ghost stories, and we’ve compiled a list of some of the most haunted places open to the public. Visit these haunted grounds for a truly haunted Halloween.

Paxton Manor is Northern Virginia’s only REAL Haunted House and the best Halloween entertainment destination in Leesburg, Virginia. COMPLETELY NEW The first three levels of the haunted manor have been transformed into Paxton Hall, a terrifying and haunted boarding school, this year.

As you uncover the dark and mysterious past of Paxton Hall, you will meet new characters such as rebellious students and terrifying teachers. Carnival of Souls, located in the basement of Paxton Manor, is another attraction with creepy clowns and carnival carnage.

Creepy Hollow Scream Park is Richmond’s Ultimate Halloween destination, featuring more monsters, frights, and fun! They have live actors, monsters, incredible animatronics, amazing illusions, and acres of screams every night. Join them for Richmond’s legendary Scream Forest, RVA’s number one haunted attraction! They are only a 10-minute drive from Short Pump and are open on select nights in October.

This is frightening entertainment and may not be suitable for small children or the faint of heart.

RED VEIN combines an engaging plot, realistic sets, and intense scares. The haunted attraction has both indoor and outdoor components and is not suitable for children under the age of 13.

In 2022, the hills of Spotsylvania County come to life. It all starts with a DARK hay wagon ride that drops you deep in the OMINOUS woods. You will be terrified as you make your way through nearly a mile of live ghouls, zombies, clowns, mazes, and other scares.

It is strenuous and not suitable for children under the age of 12, those with medical conditions, or the faint of heart. You pay to be scared, and that is exactly what The Haunted Hill intends to do.

The DEAD CITY LODGE is a haunted attraction. Richmond’s most intense haunt is located at the Sandston Moose Lodge.

They are Richmond Virginia’s best and most intense haunted attraction.

The March of Dimes annual Spooky Acres Haunted House is celebrating 27 years of haunting. They have moved INSIDE LeMans Indoor Karting. The location of the haunt has not changed.

You run into some of your worst nightmares when you least expect it. Maybe in an autopsy room, or in the electric chair, or even worse, lost in a maze. Even the walls are out to get you! Spooky Acres is sure to give both kids and adults a good scare or two!

After visiting Spooky Acres, you should consider going Karting.

GO THROUGH THE TERROR from the end of September to the beginning of November, they are open. Not all Santas and Cupids are the same, some are crafted from nightmares. Go and see their winter holiday terror!

You’ll be able to enjoy the terror for a long time with over 40 rooms! Terror Manor enjoys special events such as blackout nights, special guests, and more in addition to the regular seasonal haunt events.

The events at Terror Manor may be too intense for young children; therefore, all children under the age of 16 must be accompanied by an adult.

Enter entirely at your own risk!

This winding trail around and through the barns of an abandoned haunted farm in Northern Virginia has been leaving people breathless since 2009.

You’ll adore the staff’s authenticity, as well as the terror! the atmosphere, the variety of attractions on the tour, the appropriate amount of time, the location, and the ease with which tickets could be purchased.

Nightmare Mansion is the longest-running walk-through haunted house on the east coast!

Walk, run, crawl, or be dragged through one of the country’s top ten haunted attractions’ narrow hallways and ultra-dark corridors. They put on a show like no other on the resort strip of Virginia Beach, Virginia. It should take 8 to 10 minutes, and there are live actors. Sreams for 33 years: You enter at your own risk.

This attraction is designed for adults and is very intense. This is not suitable for children. Please keep in mind that there are no refunds and that you must be 41′ inches tall to enter.

With such a rich history, many people who have passed through The Cavalier’s grand lobby have reported seeing ghosts. The piano in the opulent Crystal Ballroom would play despite the fact that no one was seated at it. At the guest room doors, a long-lost cat could be heard scratching and meowing.

A kind, old bellman had been seen on the stairs leading from the fifth to sixth floors on numerous occasions, warning of ghosts ahead, only to vanish when guests turned to question him. Even Adolph Coors, whose lifeless body was discovered beneath his sixth-story window in 1929, had been seen walking the corridors late at night.

The Ferry Plantation property dates back to 1642, earning the house that stands there today, which was rebuilt in 1830 after the previous residence burned down, a place on the Virginia Landmark Register.
It’s also been visited by ghosts from the colonial and civil war eras, including victims of an 1810 shipwreck, a former painter who lived there, a former lady of the house who died after falling down the stairs in the early 1800s, a former slave named Henry, and Sally Rebecca Walke, who mourns her Confederate soldier fiancé. Throughout the year, visitors can see it for themselves.

The Norfolk Haunted Temple is now in its third year as the most terrifying place in Hampton Roads! The Norfolk Masonic Temple transforms into the Haunted Temple during the month of October, “bringing your worst fears to life.”

Haunted Temple is a terrifying interactive walk-through haunted house with thrills, chills, and cutting-edge special effects.Come early for Family Friendly hours, when there are fewer scarce and more fun for younger guests.

However, after 8:00 p.m., they increase the terror and you will be terrified.

All dials will be turned up to twelve to celebrate their midnight anniversary!

Haunted Nightmares is a thrilling attraction with professional sets, theatrical lighting, and special effects. During October, the Haunted House is open from 1pm to 5pm on Saturdays and Sundays, with a less aggressive/intense show with fewer actors and a lower price for a younger audience.

The haunted house is full of live actors waiting to startle, scare, and entertain you at 6 p.m. and all other open times. Step inside to experience horror and discomfort like you’ve never experienced before! Haunted Nightmares is a thrilling attraction with professional sets, theatrical lighting, and special effects.

Blue Ridge Nightmares is a creative haunted house/haunted attraction with unique details and concepts in their area.

Using a massive warehouse space at the Roanoke Industrial Center, 1910 9th Street, just outside of downtown Roanoke. The facility has been transformed into its own city, complete with its own story, characters, and unique attractions and experiences that are sure to delight visitors.

These are Virginia’s most unique haunted attractions, and they don’t say that lightly. Madame Redrums is a 4-story, 9,700-square-foot haunted mill located in an authentic 18th century “actively” haunted mill. They are a high-scare, sensory-overload experience that is not suitable for children under the age of 12.

Saint (St) Albans Sanatorium is a historic facility that began as a Lutheran boys’ school in 1892.

The school was closed in 1911 and reopened in 1916 as a mental institution. 120+ year old abandoned mental hospital with tales of dark phantoms, apparitions, and various hauntings!

According to paranormal investigators, this abandoned asylum is the most haunted location in the eastern United States.

They are the best and largest haunted attraction in southern West Virginia. When you arrive at the farm, take advantage of their dark midway while you wait for your turn to tour. Enjoy the Halloween-themed Escape Room, Halloween-themed games, freshly made concession food/drink, music, bonfires, and the stunning dark October night sky.

A mysterious, house-like structure with dark hallways and many oddities within its guts was recently discovered on the farm. This appears to be the cause of the insanity.

American Fright Night is the largest haunted house in Virginia. Through themed areas such as Patriotic Chaos, Graveyard, Clown Town, and Creepy Christmas, the attraction twists, winds, and mazes its way through the 40,000 square foot building. These spooky scenarios are set up among the 20 full-size parade floats, with ghouls and goblins adding terrifying encounters.

This is one of the most popular Halloween events in the Shenandoah Valley, and they anticipate thousands of visitors!” Kathy Kelly, owner of Shenandoah Caverns, stated.

Every Friday and Saturday night from September 30th to October 29th, the Screams and Scares of the Haunted Graham Mansion will be heard and seen all over the hill of Max Meadows VA. You will not want to miss the event in 2022!

Every autumn, the haunted mansion transforms into a wildly popular haunted attraction, with thousands of people DARING to enter the HAUNTED MANSION THAT REALLY IS HAUNTED! You won’t want to miss this one-of-a-kind attraction, which was officially deemed “HAUNTED” by SyFy Channel’s GHOST HUNTERS in 2012.

A Nightmarish, Self-Guided Trek Through the Woods. Starting with the Spooky Haunted House, continuing through the Deserted Mine Shaft, Mazes, Medieval Torture Chamber, Carnival Tent, and much more. This is the stuff that nightmares are made of. This isn’t Blood and Guts, but it does bring some of your worst nightmares to life.

The Dark Woods is an unforgettable walk through the woods. The mile-long trail winds through a twisted grove of pines and gnarled oaks. Visitors keep an eye on your back; you never know which way the terror will strike you. The Dark Woods is not for children under the age of ten, nor is it for the faint of heart. Experience an outdoor terror that is simply too large to fit inside.

Open when there is light rain or sprinkling. Only closes if there is HEAVY rain during operating hours.

Map of Places to visit the Haunted Houses in Virginia 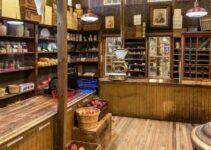 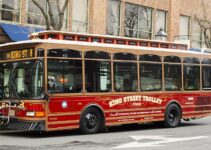 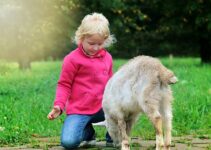