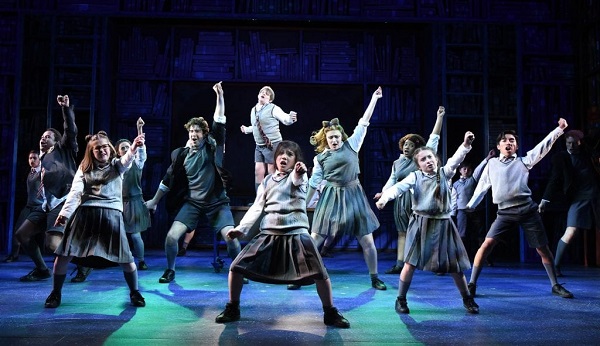 Roald Dahl’s tales of children causing mischief in fantastical stories have stood the test of time for good reason.  Dahl’s stories stretch the imagination in ways that are absorbing and fun for kids and adults alike.  While Matilda may not be as well-known as other of Dahl’s stories, such as Charlie and the Chocolate Factory or James and the Giant Peach, it is a charming story that entertains as it throws a light on what it’s like to be a kid and what it’s like to raise one. 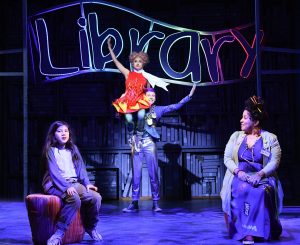 In Matilda’s world, all the children have parents think they are perfect miracles – all except Matilda.  Whereas Matilda’s peers all have parents who believe their children to be geniuses, Matilda’s parents ridicule her for reading books.  When she finally starts school at age 5, Matilda finds herself in the classroom of Ms. Honey who immediately recognizes how special Matilda is, but Matilda also comes up against the hard-nosed headmistress Ms. Trunchbull who resents all of the children at her school and does not believe that Matilda is special at all.

To escape her mother father who think she should be focusing on her looks instead of books and a headmistress who is always out to get her students, Matilda spends her time at the library spinning a story.  Because this is a Roald Dahl book there is also magic, which allows Matilda to move objects with eyes and ultimately win the day.

Olney Theatre knocks it out of the park with Matilda.  The production rivals any on Broadway with a cast of very talented kids and grown-ups and incredible scenery (including slides on stage) and costumes.  The show is high energy and the audience becomes emotionally vested in Matilda’s fate from the very beginning of the show.  There was so much laughter throughout the show and a few moments of children whispering “oh no!” when Ms. Trunchbull came on stage.

My eight-year-old daughter, who is a Roald Dahl expert, did note that the play is different from both the book and the movie.  However, the musical follows the plot l

ine closely and my daughter loved the play.  If your child is already a Matilda fan it might be worth letting them know that the play won’t follow the book/movie exactly.  The musical does manage to pull off some difficult aspects of the story, like Ms. Trunchbull spinning a child around by her pigtails and another child eating an entire very large cake.

Olney Theatre is a gem I wish I discovered sooner!  Matilda would make for a great family event, one-on-one outing with a child or date night. 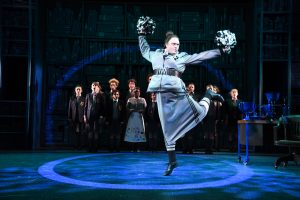