Six the Musical brings the six wives of Henry VIII live and in person to the National Theatre. While most are familiar with the sad fate of these six women few really know their stories.

As a refresher, Henry divorced two wives, beheaded two others, one died shortly after giving birth to Henry’s only male heir and the final wife managed to survive until Henry himself passed away.

Henty VIII’s many marriages led to a split with the Vatican and the line of Royal succession was thrown into disarray.

It’s no surprise that Henry’s VII’s six wives have been the subject of many books and documentaries.

Six reimagines the wives of Henry VIII as pop stars. Each sings their own unforgettable song and there are a few numbers the Queens sing together.

It was hard to stop myself from dancing in my seat and singing along.

This high-energy show is all about girl power with an all-female cast and band. It’s a great choice for a mother/daughter outing, a Mom’s night out or a date night.

Looking for More Fun? 77 Things to Do With Kids in Washington DC

Our Review of Six the Musical

Because there are some racy references to the love lives of the six wives this probably isn’t appropriate for younger children, although in my opinion it’s fine for two tweens and teens.

There are no obscene words. Six the Musical is shorter than most Broadway shows.

This makes it a good choice to introduce children to the magic of live musical theatre and a good choice for anyone who isn’t sure their child could make it through a show lasting more than two hours.

Even if you know nothing about Henry VII or the English Renaissance you will still enjoy Six, which has the look and feel of the most modern rock concert.

You are certain to leave singing the words of the six queens over and over again.

Six The Musical runs through September 5th. Some shows will sell out so we recommend booking tickets now to ensure you get the date, time and seats that you want.

The show timings vary for different days of the week and can be checked here.

We recommend taking metro or parking in a garage. Use the Spothero app to find a discounted space near The National.

There are also parking garages and valet parking available within walking distance of the venue, however, their availability is not guaranteed. 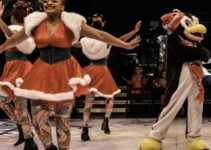 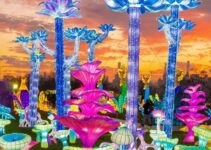