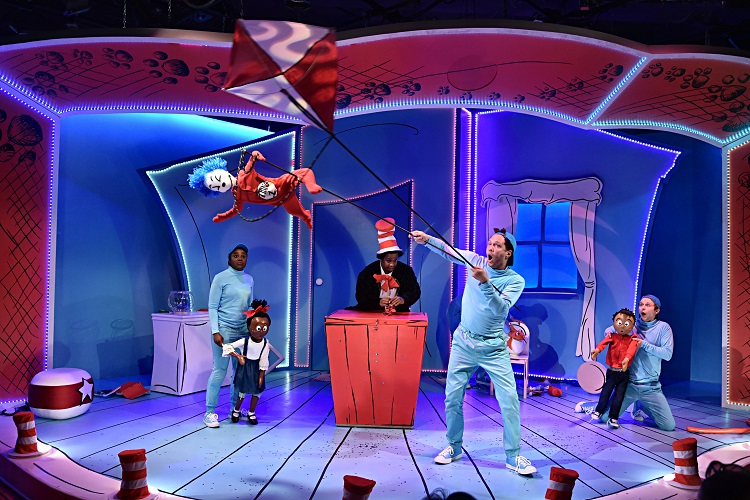 The best part of The Cat in the Hat according to my son was “the funny parts.” When I asked him which parts were funny he said “all of them.” From the laughter and squeals of delight in the audience throughout the show, he is in good company. The Cat in the Hat is high-energy from start to finish!

The Cat in the Hat follows the book very closely in story and feel. As soon as we walked into the theatre my son exclaimed “That’s the house from the book!” Avid readers of Cat in the Hat will be able to speak many lines right along with the actors. It is a very energetic show nearly from the very beginning with big fun, big messes, and, of course, big laughs. 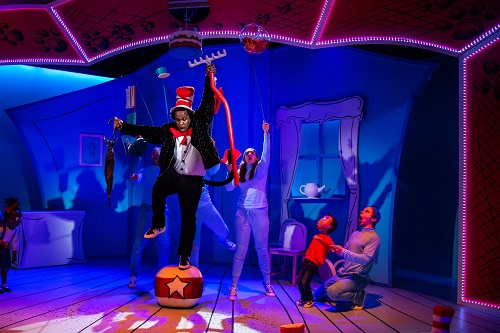 For those not as familiar with the story, Sally, her brother, and their pet fish are left alone at home on a dull, rainy day. They are bored and miserable until the Cat and the Hat shows up with Thing One and Thing Two. Sally and her brother have a fabulous time making a mess of anything and everything with their visitors while the fish frets about what Mother would think. Adventure Theatre does an excellent job of not shying away from even the parts of the story that pose a challenge to portraying in live theater, such as having the Cat in the Hat balance everything from a cake to books to a toy ship all while standing on a ball. The Cat in the Hat nails the character and will not disappoint fans of his antics on the printed page.

The characters in the play, are portrayed by puppeteers and puppets, except for the Cat in the Hat who is played by a live actor. Sally and her brother are in a perpetual state of surprise, Thing One and Thing Two fly through the air, and the fish manages to make his way all over the stage. There are also plenty of opportunities for audience interaction from confetti being sprayed into the front row to chances to high-five Thing One and Thing Two.

Anyone who loves, or has ever loved reading The Cat in the Hat will revel in seeing the timeless tale brought to live so expertly. As the Cat in the Hat says “It’s fun to have fun but you have to know how.” Now you know how to spend a fun afternoon!

What You Should Know 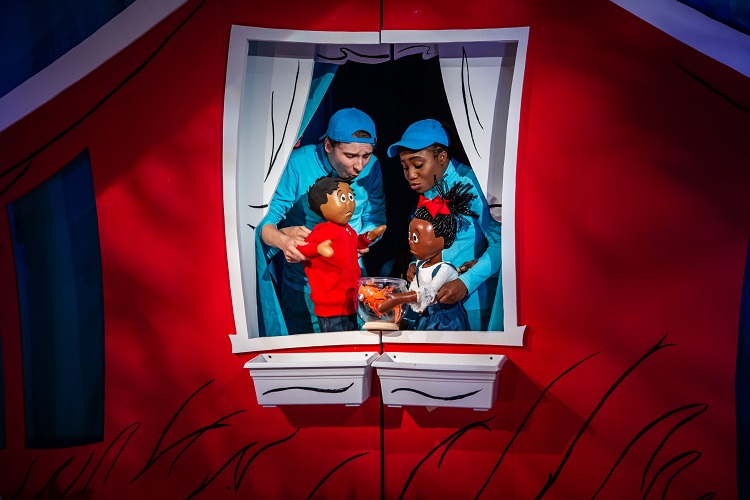