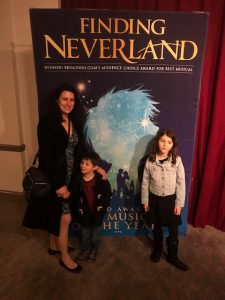 Finding Neverland does not tell the story of Peter Pan. Rather, it tells the story of how Peter Pan came to be in a beautiful, heartwarming tale based on a true story.

Before seeing Finding Neverland I was not familiar with the ways in which the story’s author, J.M. Barrie, became inspired to write the classic tale. The brief version, to avoid spoilers, is that Barrie becomes very close to family that includes four imaginative boys and a playful mother. Barrie, who is already a successful famous playwright, is in a rut and becomes emboldened by the family’s love of fun and childhood to write something very different than he has written before — and to break out of the stuffy high-society life in which he feels trapped.  Barrie faces much opposition along the way, from family members to wealthy patrons, but eventually Peter Pan, the Lost Boys, and Tinkerbell are allowed to take to the stage, and their place in history. One very touching piece of history included in the play is that J.M. Barrie donated his profits from Peter Pan to help children and today the Great Ormond Street Hospital in London still holds the rights and continues to benefit from Barrie’s gift. 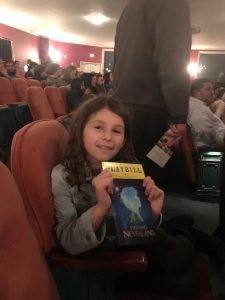 Finding Neverland is a breathtaking show. It is directed by visionary Tony-winner Diane Paulus and based on the critically-acclaimed Academy Award winning film of the same name.

If you go with children, it is important to emphasize that this play is not Peter Pan. There is a very abbreviated telling of Peter Pan as a play-within-a-play at the very end of Finding Neverland, but this is not the focus of the play. Instead, children will get to know what inspired the author and meet the real Peter for whom Peter Pan is named. 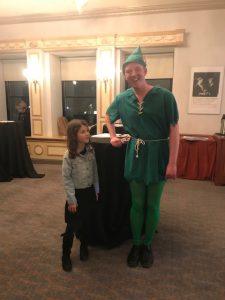